The week that I became worried about our chairman and Digital Competition Secretary’s sexuality. I understand that “Fifty Shades of Grey” is more a book for the ladies (never having read it I would not know) I can understand where the idea for the picture came from, and the decision to make it the winner. However, My Ding-A-Ling is very worrying. Not only for the fact that it was taken and entered, by a man, (personally I would have been too jealous), but that Dave kept going back to it and tended to look at it more than any other image. Personally I thought it was over exposed, I also wondered  how well it would have done if it was taken if the weather was cold.

One of the images that got most reaction was the Monkees, some of us were trying to show we were hip and trendy by trying to name the members of the group. Then suddenly remembering that they were formed in the mid sixties and we were giving or ages away,  so suddenly stopped. By the way I asked my mum the names and they were Michael Nesmith, Peter Tork, Micky Dolenz & Davy Jones. The more senior members of us may remember that Davy Jones played Ena Sharples grandson in Coronation Street and Micky Dolenz was in Circus Boy.

My favourite picture of the evening was Over The Hills And Far Away, mainly because when I was at work I used to sing a lot of the time and my colleagues would ask can you sing Over The Hills and Far Away. When I asked if that was a request they would say no, it is an order.

There was some very clever images of A Clockwork Orange. Up until now the only worry I had when eating an Orange was swallowing a pip, now it is consuming a cog or two. 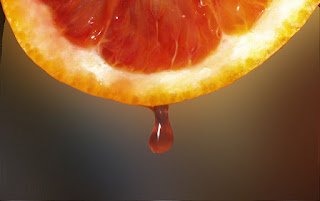 Squeezed Orange Juice Only From Now On
This entry was posted in Uncategorized.