The Return A Lighthearted Look 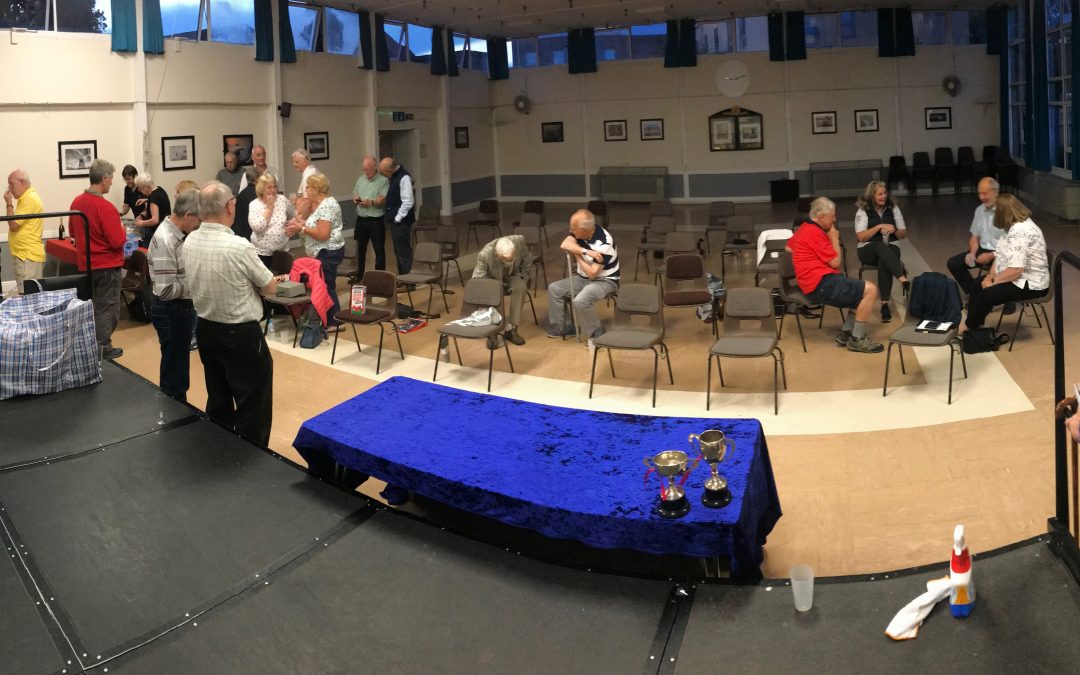 Understandably some of our members opted to stay at home to protect themselves and their families, one decided not to return just yet as he was concerned he might expose himself, presumably this is to do with some previous misdemeanour that returns to haunt him after spending some time in isolation. Not wishing to be arrested he decided to stay away until he got some therapy.

Those that did turn out were the usual suspects, that will go anywhere, do anything and risk everything for a free drink and a Fondant Fancy.

The main event of the evening was the presentation of the trophies, during lockdown some competitions were run on Zoom, so we had the unusual situation were we had two winners for some of the trophies. This was taken with good grace and understanding by most of the members, however, there were two of our mature members that insisted that they have the trophy, this soon turned ugly and I’m afraid to report that violence broke out.

Both these people have had restructive surgery one a knee and the other on their shoulder. Luckily for them neither are making an insurance claim, as the blackmail money the club could make will help to bolster our finances.

It was good to catch up with everyone and hear about what they had been getting up to. It was embarrassing to find out that our oldest member had been probably the busiest as well as his keeping physically fit, he has produced numerous prints and completed his panel for next years competition ( you could win it posthumously Eric). He has bought and restored an old motor bike.

Back to PDI’s next week so seeing our images an the big screen again will be good.