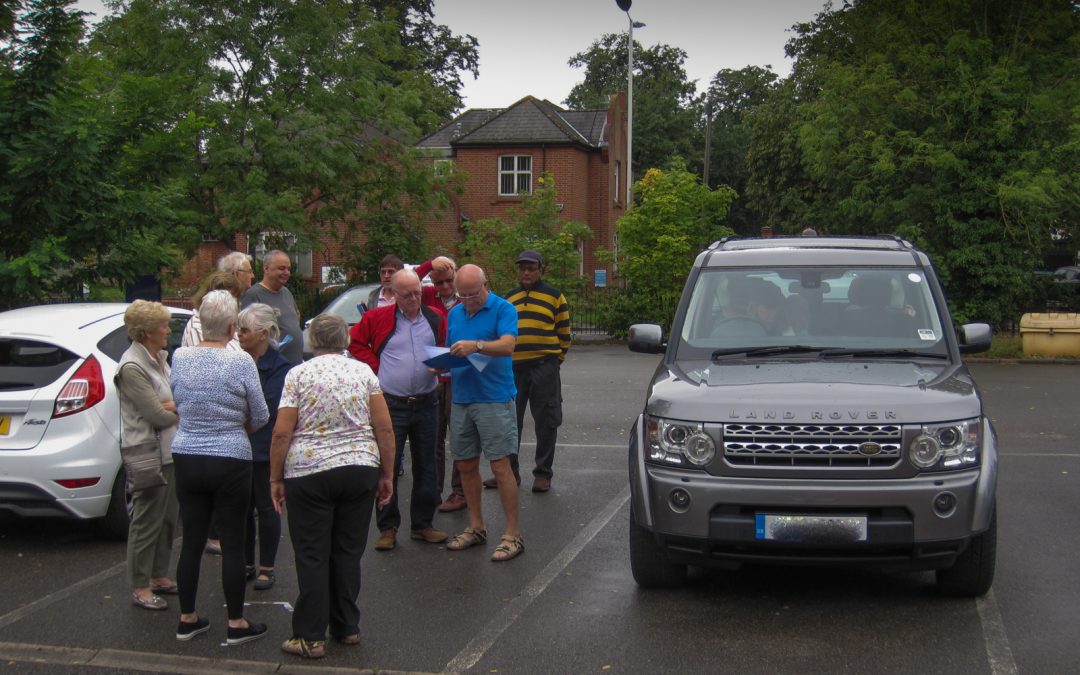 After a gap of two years we finally got to go back on safari. Although it could be our last in its present format, as it is due to be discussed at the COP26 climate conference. They are asking why a half a dozen or so cars are rushing around the country polluting the atmosphere when they could hire an all electric coach, this would mean that we would have one team to be judged by itself and would win every year.

However, there was great excitement on Sunday morning when we received our instructions, as we thought we were all off to the seaside. Only to be disappointed when the sat nav told us to go west and that our destination was High Beech and not High Beach.

On arrival at High Beech some of us found the most unique visitor centre in the world, a visitor centre that did not want any visitors. After parking up a volunteer jobs worth came out of the visitors centre and took us to the sign that said no parking. Which we had seen, but thought why put a big slab of tarmac down, paint white lines just over a car width apart and yellow lines just over a coach width apart and write COACHES in the gap and not let anyone park there. So we departed leaving him to carry on volunteering to do nothing but chase off visitors.

Before even thinking about taking any pictures we had to surmount what was probably the most difficult task of the day. Paying for parking. Now this is easy if you happen to be a member of MENSA or passed the audition for The Krypton Factor. Having done neither I had to rely on Dick to get my ticket and pay him in cash, although I thought a 30% handling charge was a bit steep. Then it was down to the cafe for a cup of tea, the last time I used cash for the rest of the day. After buying car parking tickets and refreshments at the Lea Valley White Rafting Centre I received a letter from my bank manager telling me I had exceeded my overdraft.

Finally we could start taking pictures

Off to Waltham Abbey next and the grave of King Harold II, famously killed by being shot in the eye during the Battle of Hastings, that William The Conqueror must have been a brilliant shot to hit him in Waltham Abbey all the way from Hastings.

Off to The White Water Rafting Centre for lunch, with a quick change of location of the meeting place for lunch. With Alf getting everyone in the right place at the right time. If you need any cats that need herding Alf’s your man. There was a slight panic during lunch when the waves were turned off. Although it was rumoured that one team had got their action shots before lunch and it was suspected that they were involved in the waves being turned off.

It did get a bit chilly sitting around having our lunch. With Lin accusing me of trying to be hard and put a jumper on. Well Lin I’ll tell you how hard I am I use drawing pins to hold my socks up.

Our last port of call at the Boating Lake and one team I won’t mention who went to Dobbs Weir. Eventually the weather brought a stop to proceedings with a heavy shower.